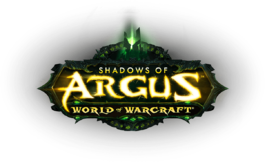 The time has come to join a raid of 10-30 adventurers and venture back in time to The Black Temple in Outland. You’ll be scaled to player level 70 and item level 141 on your way into this memorable highlight of the Burning Crusade expansion.

In this new scenario, you’ll use the time-twisting powers of the Bronze Dragonflight to help Chromie prevent her own assassination.

Something is amiss in the Deadmines and it will take you and your battle pets to put a stop to it. Speak to Breanni in Dalaran to begin the quest. Requires completion of Pet Battle Dungeon: Wailing Caverns.

The forsaken band Blight Boar has invaded the Darkmoon Faire! Every hour on the half-hour, the band will rock out with a death metal tune. Battle the Metal Knight to earn achievements, consumables, and a monthly chance at a brutal helm or killer guitar mace.